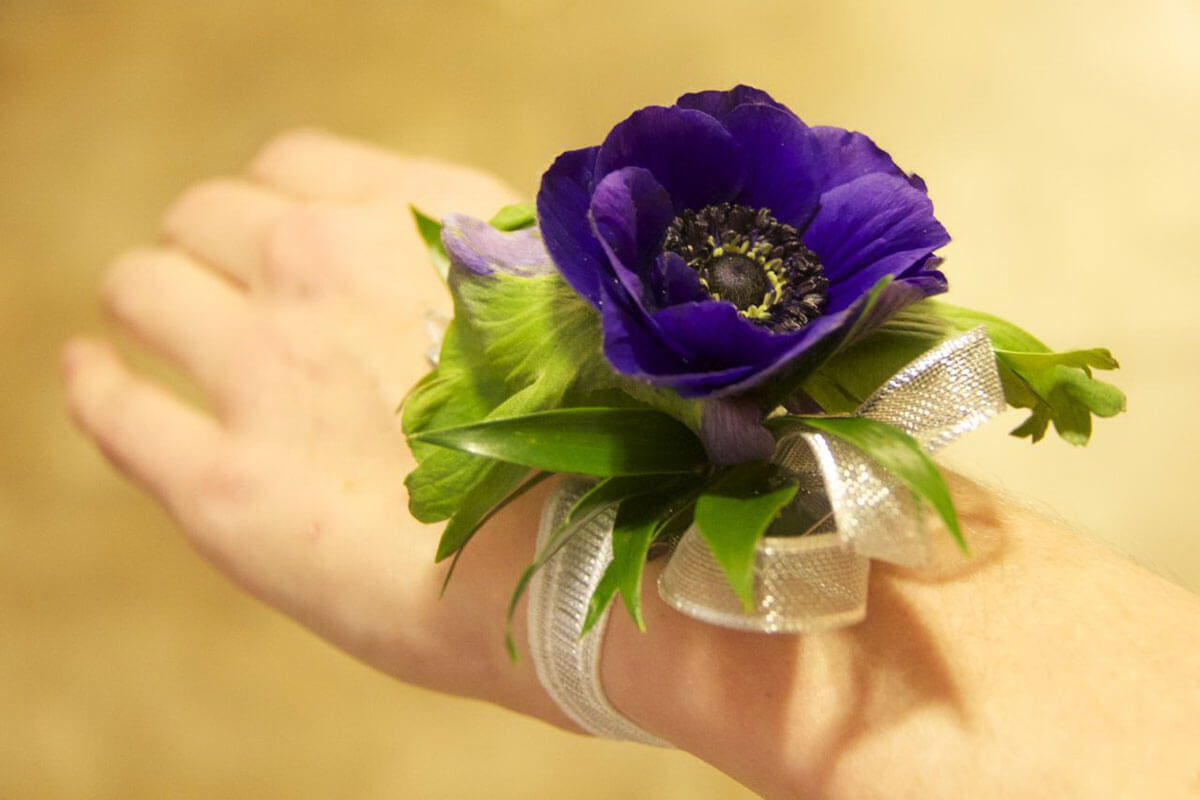 It is traditional for female members of the bridal party to wear a corsage on their wrist or lapel at a wedding. Not only does the corsage add a beautiful finishing touch to a wedding outfit it also helps carry the bride’s theme or color scheme through to the guests and helps identify key members of the wedding party such as the Mother of the Bride and Mother of the Groom.

Originally named after the French word for the bodice of a dress to which it was attached, they were originally thought to be lucky or ward off evil spirits. It has become a customary practice and a demonstration of affection from a date.

It is thought that originally the gentleman would bring a gift of flowers for the parents of his date, and would select one flower to give to his date which would then be carried or attached to her clothing.